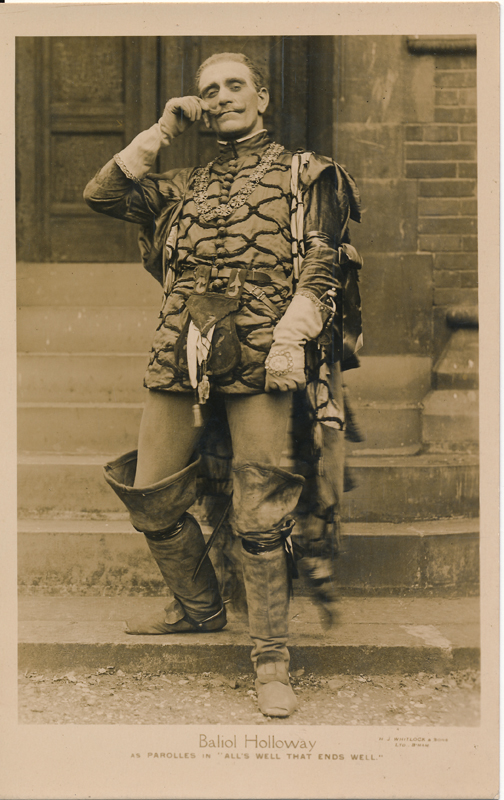 In All’s Well That Ends Well, a woman is given in marriage to the man she longs for, but, because she is of lower rank, he refuses to accept the marriage. It becomes her challenge to win his acceptance.

Helen, the daughter of a dead physician, secretly loves Bertram, the Count of Rosillion’s son. When the count dies, Bertram becomes a ward of the French king, who is dying of a fistula. Helen heals the ailing king, and he grants her wish to marry his ward. Bertram refuses to consummate the marriage and goes off to war, sending Helen a list of seemingly impossible conditions to be met before he will consider her his wife.

To meet his conditions, Helen substitutes herself for a woman whom Bertram desires, and sleeps with him. When false news comes that Helen is dead, Bertram faces the charge that he has killed her. Helen, now pregnant, reappears, saving Bertram and demonstrating that she has met his conditions. Bertram then acknowledges her (reproduced with permission from Folger).