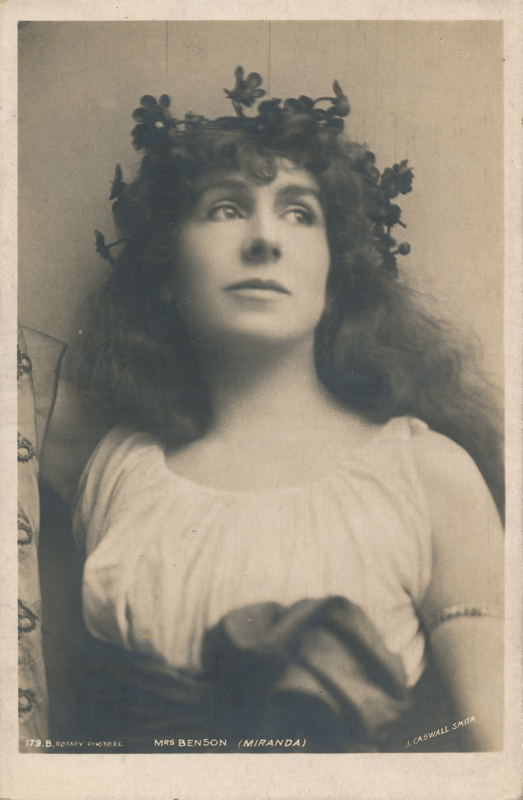 Our revels are now ended. These our actors, As I foretold you, were all spirits and are melted into air, into thin air (4.1)

A story of shipwreck and magic, The Tempest begins on a ship caught in a violent storm with Alonso, the king of Naples, on board. On a nearby island, the exiled Duke of Milan, Prospero, tells his daughter, Miranda, that he has caused the storm with his magical powers. Prospero had been banished twelve years earlier when Prospero’s brother, Antonio—also on the doomed ship—conspired with Alonso to become the duke instead. Prospero and Miranda are served by a spirit named Ariel and by Caliban, son of the island’s previous inhabitant, the witch Sycorax.

On the island, castaways from the wreck begin to appear. First is Alonso’s son Ferdinand, who immediately falls in love with Miranda. Prospero secretly approves of their love, but tests the pair by enslaving Ferdinand. After secretly watching Miranda and Ferdinand exchange vows, Prospero releases Ferdinand and consents to their marriage.

Other castaways who appear are Trinculo and Stephano, Alonso’s jester and butler, who join forces with Caliban to kill Prospero and take over the island. The nobles from the ship search for Ferdinand and are confronted with a spectacle including a Harpy, who convinces Alonso that Ferdinand’s death is retribution for Prospero’s exile.

Having all his enemies under his control, Prospero decides to forgive them. Alonso, joyously reunited with his son, restores Prospero to the dukedom of Milan and welcomes Miranda as Ferdinand’s wife. As all except Caliban and Ariel prepare to leave the island, Prospero, who has given up his magic, bids farewell to the island and the audience (reproduced with permission from Folger).

Postcards of The Tempest:

Productions of The Tempest:

1908 July 6 marked the first night of a summer treat: an outdoor performance of The Tempest in the London Botanical Gardens. Patrick Kerwin played Caliban and Reginald Maurice Prospero (Loney, I: 45).

1911 On July 22, Stratford’s second summer season began; this is the year that Baliol Holloway debuted with the Bensonians. The plays performed were A Midsummer Night’s Dream, Henry V, Richard II, The Merchant of Venice, Romeo and Juliet, As You Like It, The Taming of the Shrew, Hamlet, and the Tempest (Loney, I: 159).

1914 On October 5, the Old Vic Theatre, under the management of Lilian Baylis, mounted a production of The Taming of the Shrew. Additionally, the following plays were performed for the first time in 1914 at the Old Vic: Hamlet, The Merchant of Venice, The Tempest, The Merry Wives of Windsor, The Comedy of Errors, Twelfth Night, and A Midsummer Night’s Dream. Baylis will by 1923 have produced the entire Shakespeare canon of thirty-seven plays (Loney, I: 73).