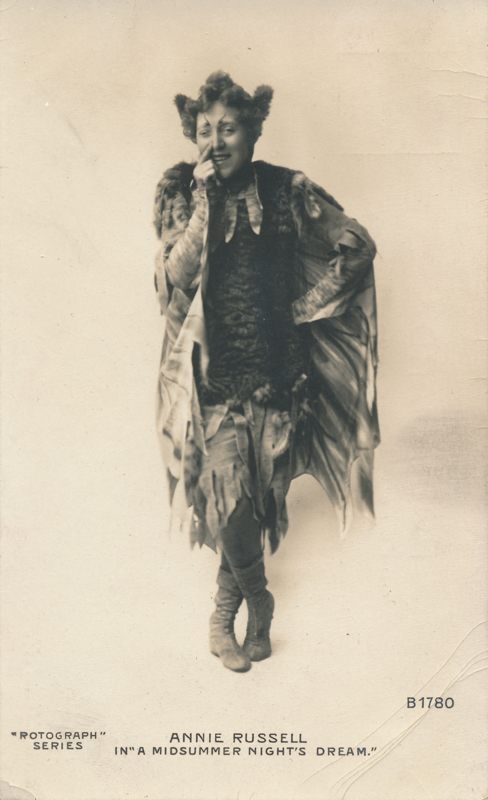 The course of true love never did run smooth (1.1)

In A Midsummer Night’s Dream, residents of Athens mix with fairies from a local forest, with comic results. In the city, Theseus, Duke of Athens, is to marry Hippolyta, queen of the Amazons. Bottom the weaver and his friends rehearse in the woods a play they hope to stage for the wedding celebrations.

Four young Athenians are in a romantic tangle. Lysander and Demetrius love Hermia; she loves Lysander and her friend Helena loves Demetrius. Hermia’s father, Egeus, commands Hermia to marry Demetrius, and Theseus supports the father’s right. All four young Athenians end up in the woods, where Robin Goodfellow, who serves the fairy king Oberon, puts flower juice on the eyes of Lysander, and then Demetrius, unintentionally causing both to love Helena. Oberon, who is quarreling with his wife, Titania, uses the flower juice on her eyes. She falls in love with Bottom, who now, thanks to  Robin Goodfellow, wears  an ass’s head.

As the lovers sleep, Robin Goodfellow restores Lysander’s love for Hermia, so that now each young woman is matched with the man she loves. Oberon disenchants Titania and removes Bottom’s ass’s head. The two young couples join the royal couple in getting married, and Bottom rejoins his friends to perform the play (reproduced with permission from Folger).

Postcards of A Midsummer Night’s Dream:

Productions of A Midsummer Night’s Dream:

1900 Beerbohm Tree‘s production of A Midsummer Night’s Dream ran for 153 performances (January 10-May 26) at Her Majesty’s Theatre (London); Tree played Bottom and his wife played Titania. Other players in his company were William Mollison as Theseus, Dorothea Baird as Helena, Gerald Lawrence as Demetrius, Sarah Brooke as Hermia, Lewis Waller as Lysander, Julia Neilson as Oberon, and Louie Ferrar as Puck (Wearing, I: 2).

Frank Benson‘s company gave seven performances of A Midsummer Night’s Dream at the Lyceum Theatre (London) in February; Benson played Lysander and his wife Constance Benson played Titania. Others in the cast were Lily Brayton as Helena, Ada Ferrar as Hermia, H. R. Hignett as Demetrius, Kitty Loftus as Puck, and Frank Rodney as Oberon. The other plays were Henry V, Hamlet, Twelfth Night, and Antony and Cleopatra. An interesting note is that a young Isadora Duncan played one of the fairies in A Midsummer Night’s Dream (Loney, I: 3).

On April 17, Arthur Bourchier revived A Midsummer Night’s Dream at His Majesty’s Theatre, London; Bourchier played Bottom, with Gerald Lawrence as Theseus, Evelyn D’Alroy as Oberon, and Margery Maude as Titania (Loney, I: 158).

On July 22, Stratford’s second summer season began; this is the year that Baliol Holloway debuted with the Bensonians. The plays performed are A Midsummer Night’s Dream, Henry V, Richard II, The Merchant of Venice, Romeo and Juliet, As You Like It, The Taming of the Shrew, Hamlet, and The Tempest (Loney, I: 159).