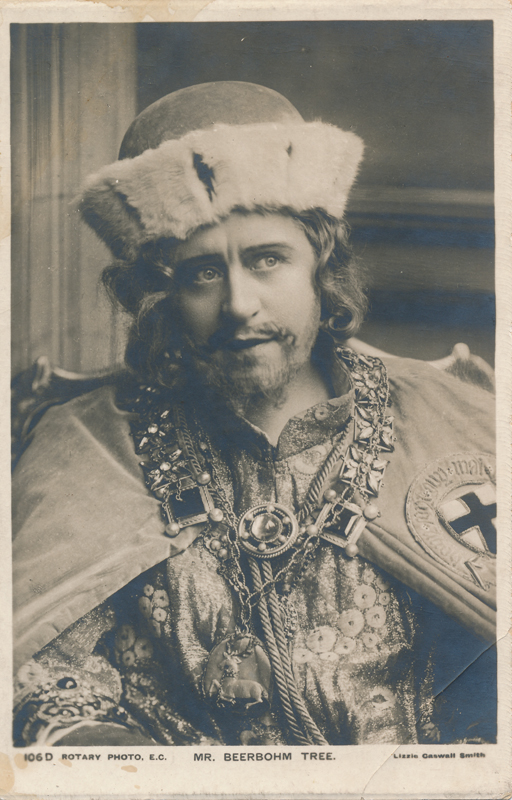 This royal throne of kings, this sceptred isle … This blessed plot, this earth, this realm, this England (2.1)

In Richard II, anger at a king’s arbitrary rule leads to his downfall—and sets in motion a decades-long struggle for the crown that continues in several more history plays.

The play begins as Richard’s cousin, Henry Bolingbroke, charges Thomas Mowbray with serious crimes, including the murder of the Duke of Gloucester. Bolingbroke’s father, John of Gaunt, privately blames the king for Gloucester’s death. At Richard‘s command, Bolingbroke and Mowbray prepare for a trial by combat. The king halts the fight at the last minute, banishing both men from England.

When John of Gaunt dies, Richard seizes his possessions to help finance a war in Ireland, thus dispossessing Bolingbroke. Bolingbroke returns to England, quickly gathering support. By the time Richard returns from Ireland, many of his former allies have joined Bolingbroke. Richard abdicates, yielding the crown to Bolingbroke.

Richard is held at Pomfret Castle and Bolingbroke becomes King Henry IV. A murder plot against him is uncovered and stopped. Richard is murdered by a follower of Henry (reproduced with permission from Folger).

April 15 marked the opening of Frank Benson’s festival season at Stratford-upon-Avon. The company presented for the first time at Stratford a cycle of the history plays: King John, Richard II, Henry IV, Part 2, Henry V, Henry VI, Part 2, and Richard III. The company presented five other plays as well, including Much Ado About Nothing (Loney, I: 8).

1908 Frank Ludlow’s ensemble began a two-week engagement at New York City’s Bijou Theatre; the plays by Shakespeare were Richard II and The Merchant of Venice (Loney, I: 44).

1910 Beginning on March 28, several companies presented a London Shakespeare Festival at His Majesty’s Theatre. Herbert Beerbohm Tree‘s company played The Merry Wives of Windsor, Julius Caesar, Twelfth Night, and Hamlet. Norman Mckinnel presented King Lear and The Merchant of Venice; Arthur Bourchier and his company came next with The Merchant of Venice. H. B. Irving played Hamlet, and Frank Benson’s “Bensonians” followed with the Taming of the Shrew and Coriolanus. Poel’s Elizabethan Stage Society gave a performance–in the “original” sixteenth-century style–of The Two Gentlemen of Verona. Lewis Waller revived his Henry V, and Tree returned to close the Festival with The Merchant of Venice and Richard II (Loney, I: 54).

1911 On July 22 Stratford’s second summer season began; this is the year that Baliol Holloway debuted with the Bensonians. The plays performed are A Midsummer Night’s Dream, Henry V, Richard II, The Merchant of Venice, Romeo and Juliet, As You Like It, The Taming of the Shrew, Hamlet, and the Tempest (Loney, I: 159).

Frank Benson’s summer season of Shakespeare’s plays opened on August 2 with The Merchant of Venice; other plays performed that season were As You Like It, Hamlet, King John, Richard II, The Merry Wives of Windsor, Much Ado About Nothing, Romeo and Juliet, The Taming of the Shrew, Twelfth Night, and Henry IV, Part 2 (Loney, I: 68).

1914 Frank Benson returned from the United States to direct the Stratford Summer Festival. He opened the four-week festval with Much Ado About Nothing.The company also presented Hamlet, Richard II, Henry IV, Part 2, Henry V, The Merry Wives of Windsor, The Merchant of Venice, Twelfth Night, Julius Caesar, As You Like It, The Taming of the Shrew, and Romeo and Juliet (Loney, I: 73).